Skip to content
Electrical Safety Training is available through Electrical Safety Specialists with a five-hour Electrical Basics Refresher Training class. This is a great course that is specifically designed to train employees on the fundamental basics of the NFPA 70E (standard for electrical safety in the workplace) and NEC (national electrical code).
This course is specific in areas such as:
·         OHM’s Law – One of the most important and basic laws of electrical circuits is Ohm’s law which states that the current passing through a conductor is proportional to the voltage over the resistance.
·         Electrical Hazards – Many workers are unaware of the potential electrical hazards present in their work environment, which makes them more vulnerable to the danger of electrocution. Electrical safety training with ESS will teach the worker about these. The following hazards are the most frequent causes of electrical injuries: contact with power lines, lack of ground-fault protection, path to ground missing or discontinuous, equipment not used in the manner prescribed, and improper use of extension and flexible cords.

·         Grounding Methods – solid grounding; resistance grounding; arc suppression coil or Peterson coil or resonant grounding; voltage transformer grounding; and zig-zag transformer grounding.
·         Key Tables of the NEC – the most common NEC reference tables used from NEC2014, NEC2011, NEC2008, NEC2005, NEC2002, and NEC1999.
·         Proper Use of Test Instruments – Test equipment is necessary for determining proper set-up, adjustment, operation, and maintenance of electrical systems and control panels.
·         Lockout/Tagout Policies – The majority of the Occupational Safety and Health Administration (OSHA) citations result from improper or lack of Lockout/Tagout procedures, documentation, annual inspections or other elements. Lockout/Tagout is a critical component for safeguarding employees who operate and maintain equipment.
·         Circuit Breakers – A circuit breaker is an automatically operated electrical switch designed to protect an electrical circuit from damage caused by excess current from an overload or short circuit. Its basic function is to interrupt current flow after a fault is detected.
·         Fuses – In electronics and electrical engineering, a fuse is an electrical safety device that operates to provide overcurrent protection of an electrical circuit. Its essential component is a metal wire or strip that melts when too much current flows through it, thereby interrupting the current 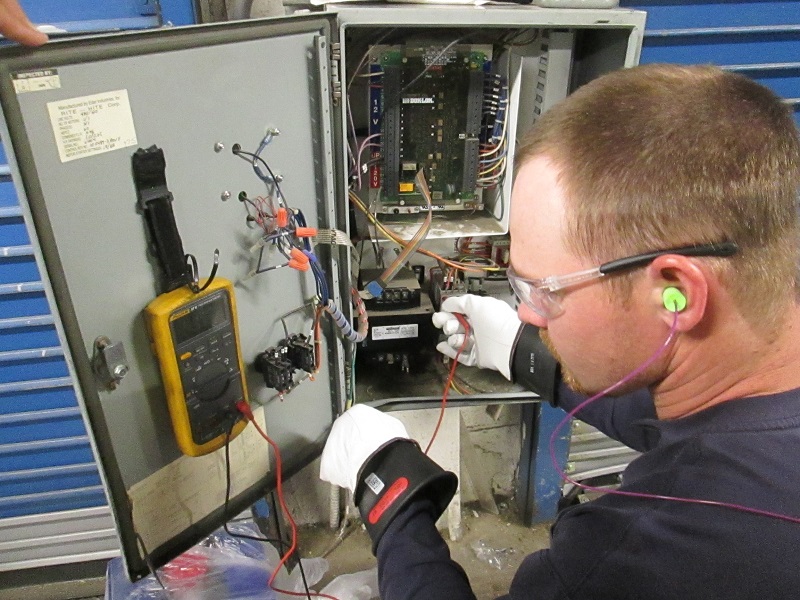 ·         GFCI’s/AFCI’s – A ground fault circuit interrupter (GFCI) is a type of circuit breaker which shuts off electric power when it senses an imbalance between the outgoing and incoming current. The main purpose is to protect people from an electric shock caused when some of the current travels through a person’s body due to an electrical fault such as a short circuit, insulation failure, or equipment malfunction. An arc-fault circuit interrupter (AFCI) also known as an arc-fault detection device is a circuit breaker that breaks the circuit when it detects an electric arc in the circuit it protects to prevent electrical fires. An AFCI selectively distinguishes between a harmless arc (incidental to normal operation of switches, plugs, and brushed motors), and a potentially dangerous arc (that can occur, for example, in a lamp cord which has a broken conductor).
ESS’s mission is “To save lives and reduce injuries by creating a positive safety culture in the workplace for employers and employees alike.” With nationwide Electrical Safety Training and the Electrical Basics Refresher Training, this can be achieved.
For more information about the Electrical Basics Refresher Training, call ESS at (816) 925-0443. To receive a quote, click here.
Posted in Electrical Safety Training and tagged AFCI, circuit breakers, Electrical Basics Refresher Training, electrical hazards, fuses, GFCI, grounding methods, Key tables of NEC, Lockout/Tagout Policies, nationwide training, OHM's Law, proper use test instruments

Thanks for contacting us! We will get in touch with you shortly.